I do my best to follow evidence based teaching methodologies (see for example: Freeman et al. 2014: www.pnas.org/content/111/23/8410). One topic I will be teaching this week in my game theory class is the Moran process. As an introduction to this my students will be using a variety of different sided dice (die?) to simulate the process themselves so as to understand the mathematical model. By it’s nature this process can take a while to complete, so theoretically my students could get bored by rolling a dice 40 times and not seeing anything happen. To understand what parameters would help avoid this, in this blog post I will simulate the activity (and not the Moran process itself). 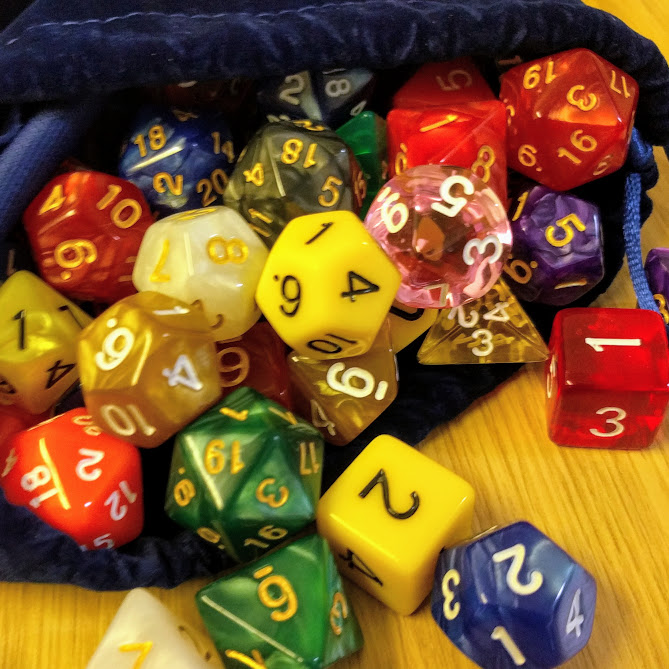 The Moran process is a discrete mathematical model of evolution. Given a finite population \(N\) of individuals of \(n\) types, and a game \(A\in\mathbb{R}^{n\times n}\).

I will be skipping some of the details of this in this post but if you’re interesting:

Here is a diagram that describes this:

This stochastic process will terminate once all individuals are of the same type.

The Moran process is both something I teach and an area of my research interests. Marc Harper, Owen Campbell, Nikoleta Glynatsi and I have a paper under review at the moment that studies this process in the setting of the Prisoner’s Dilemma (using the large number of strategies in the Axelrod-Python library). You can read the pre print here: arxiv.org/abs/1707.06920.

The activity I use in class is to have the students work on this pdf where they complete the various fitness and probability calculations in the case of:

This is a well studied game called Hawk-Dove. The basic idea here is that a single Hawk gets more resources when there are less other Hawks with which it needs to compete.

I’ve run a similar activity during school outreach visits twice. During both times, my PhD students Henry Wilde and Nikoleta Glynatsi had good reflective discussions that have resulted in how this activity looks now.

The students will in pairs work out the various probabilities:

After they have done this a few times (once we arrive at 0 or 3 Hawks starting again), we’ll have a group discussion, estimating the probability of a single Hawk taking over the population and also discuss the theoretic results that let us find this probability.

To check the timing of this (perhaps the specific parameters I’ve chosen will result in the process lasting way too long?) and to double check that the dice I’m using are the right ones I have written a simulation of the activity where I get the computer to roll 6 and 4 sided dice.

Here are the libraries we’re going to use:

Here is the actual simulation code:

There is essentially a single Python class that does all the work (keeping track of the number of hawks and doves at each stage), you’ll note that we specifically self.roll_dice_for_selection which is exactly simulating what the students will be doing.

The probability with which a Hawk takes over (“fixation probability”):

That’s the value we will be aiming to calculate. Here’s a quick look at how many steps (how many times they will be rolling dice) each student is likely to go through: 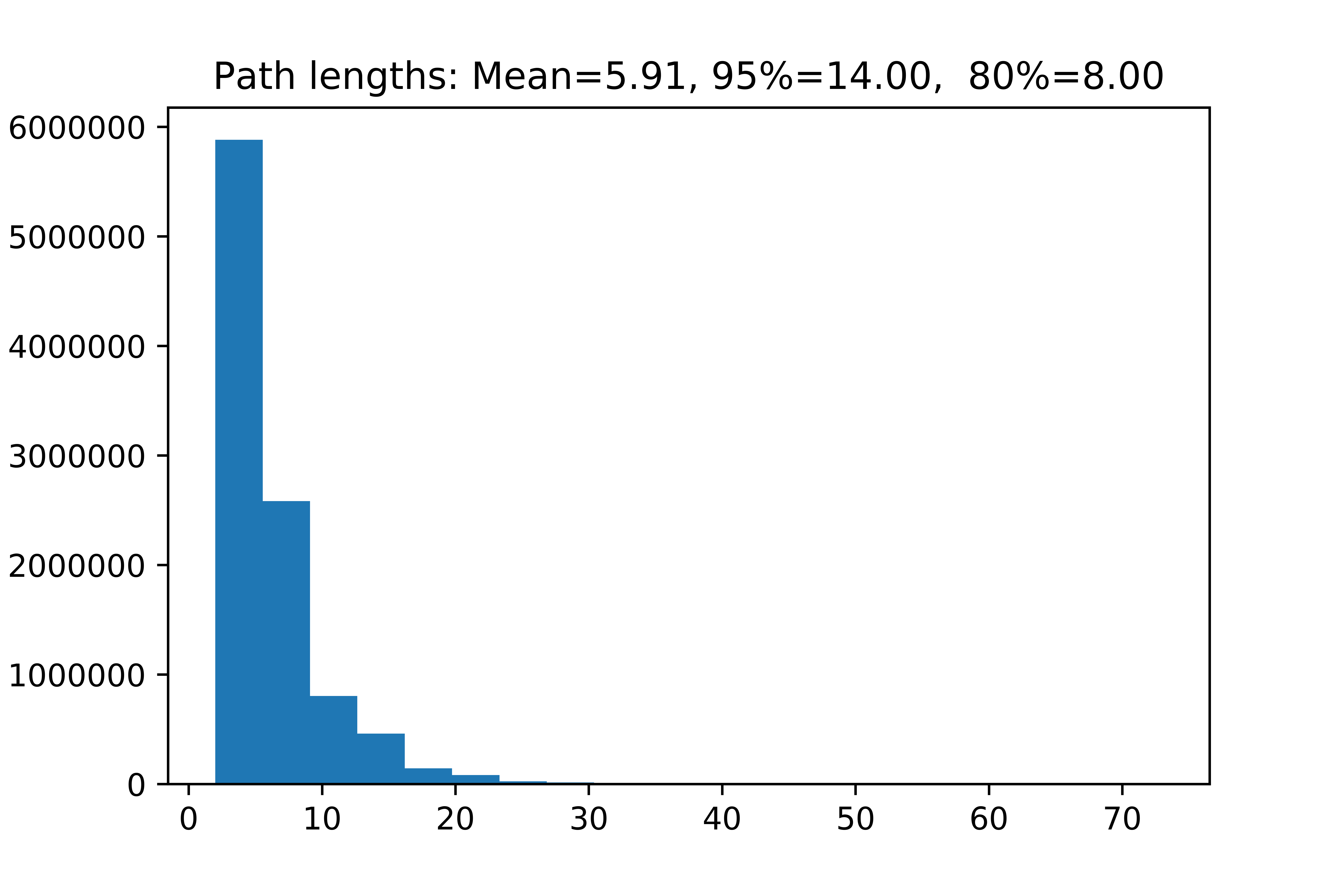 We see that on average the students will be rolling dice less than 6 times per simulation and 95% of time less than 14 times (which seems reasonable).

Note that the above is not how you would actually study this process. For example the code, whilst well written is specific for the \(N=3\) case: I actually want to hard code the dice we’ll be using. I could perhaps write something that automatically figures out what dice to use (not just in terms of how many sides but also in terms of whether or not the dice exists).

The problem with this linear algebraic approach is that it is still a bit naive: it only holds for the case \(N=3\). There is thankfully a known formula for the probability which we use here:

We can thus use this to see the probability of a hawk taking over a population of \(N\) doves: 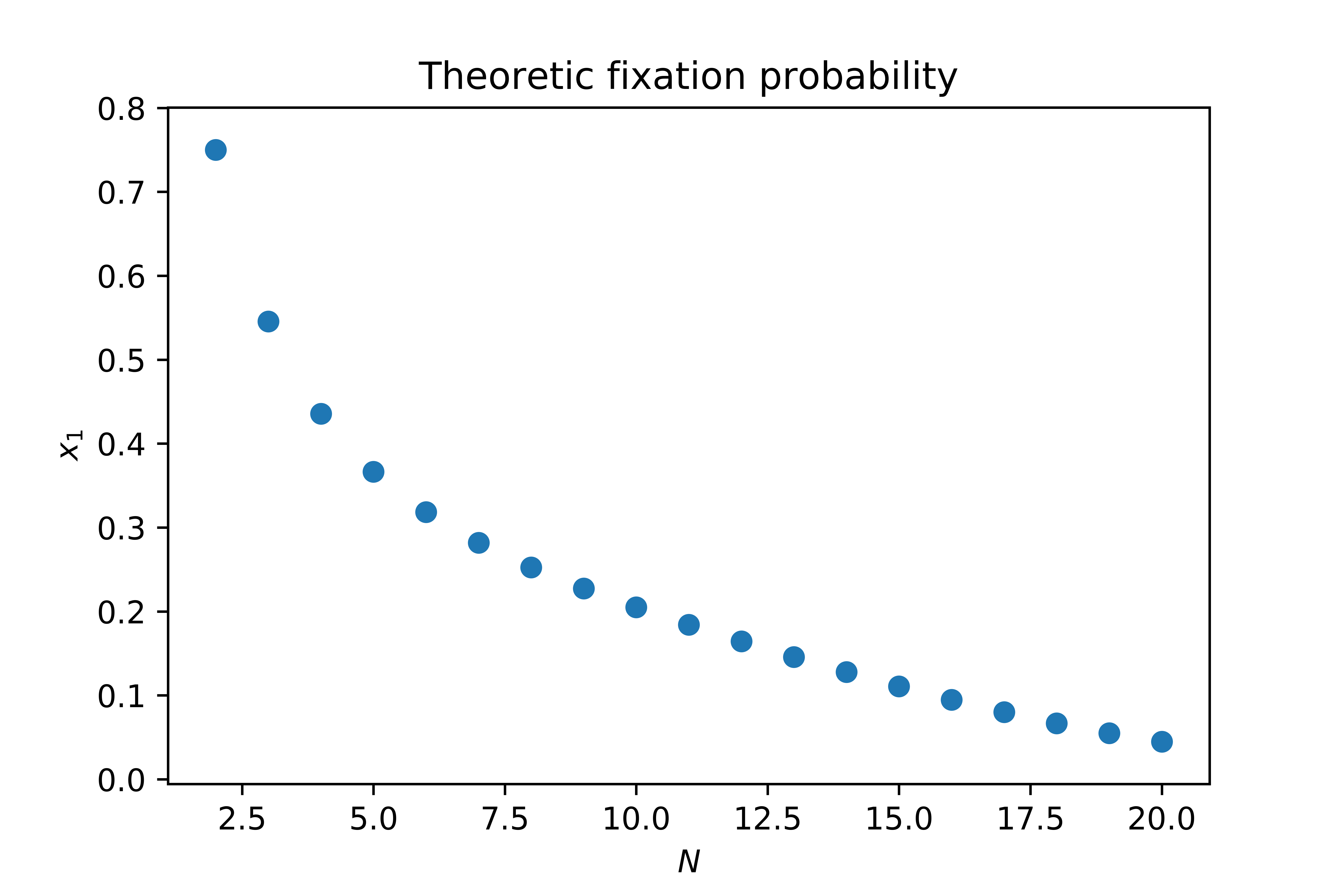 This later part will form part of the in class discussion: relating the theoretic results to what the students did and highlighting how they can be used to efficiently understand a system.

I’m looking forward to trying this out in class and if nothing else, playing with different sided dice is always fun.

(Here is a jupyter notebook with all the above code)