This brings us to a very important part of the course. We will now consider equilibria in mixed strategies.

We can extend the utility function which maps from the set of pure strategies to \(\mathbb{R}\) using expected payoffs. For a two player game we have:

Let us investigate the best response functions for the matching pennies game. 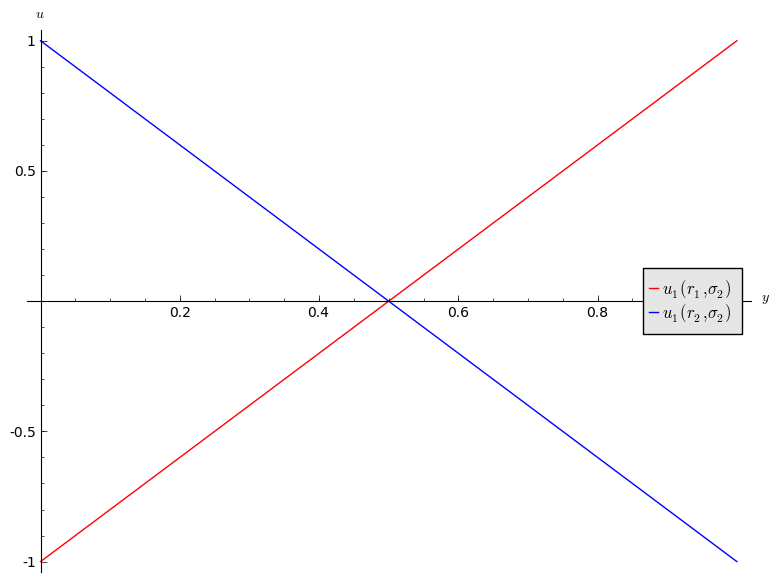 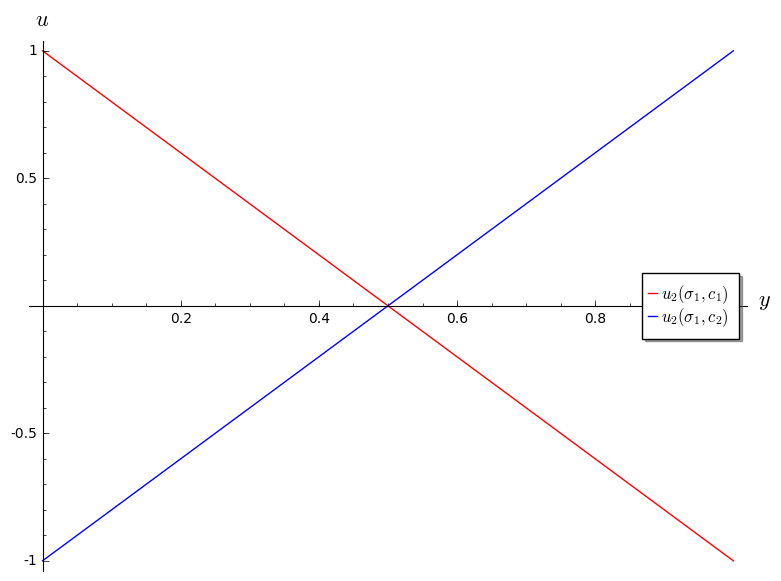 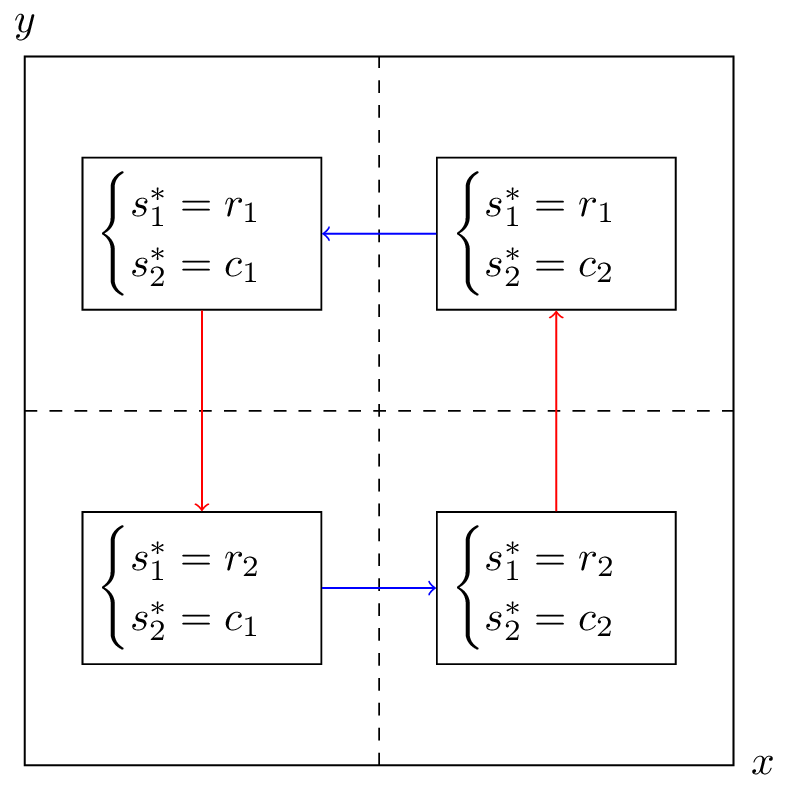 If either player plays a mixed strategy other than \((1/2,1/2)\) then the other player has an incentive to modify their strategy. Thus the Nash equilibria is:

This notion of “indifference” is important and we will now prove an important theorem that will prove useful when calculating Nash Equilibria.

Definition of the support of a strategy

In an \(N\) player normal form game the support of a strategy \(\sigma\in\Delta S_i\) is defined as:

I.e. the support of a strategy is the set of pure strategies that are played with non zero probability.

Theorem of equality of payoffs

Without loss of generality let us assume that:

Thus we have found player 2’s Nash equilibrium strategy by finding the strategy that makes player 1 indifferent. Similarly for player 1:

Thus the Nash equilibria is:

To finish this chapter we state a famous result in game theory:

Every normal form game with a finite number of pure strategies for each player, has at least one Nash equilibrium.