In the previous chapter we discussed:

We did this looking at a game called “the battle of the sexes”: 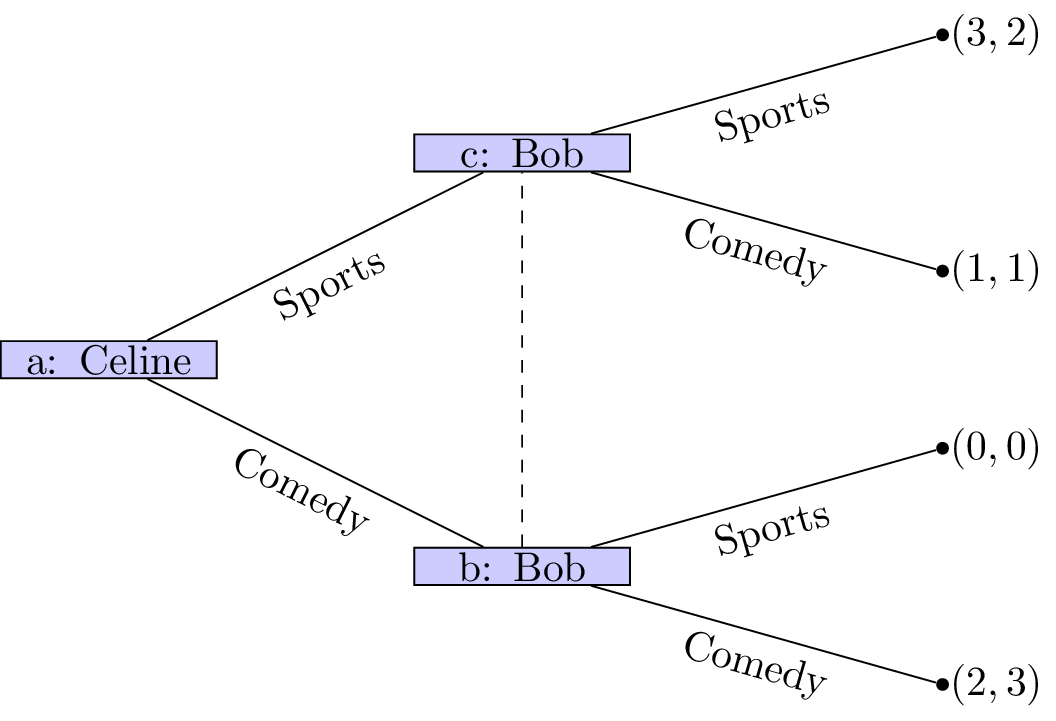 Can we think of a better way of representing this game?

Another representation for a game is called the normal form.

Definition of a normal form game

The convention used in this course (unless otherwise stated) is that all players aim to choose from their strategies in such a way as to maximise their utilities.

The battle of the sexes

This is the game we’ve been looking at between Bob and Celine:

Assume two thieves have been caught by the police and separated for questioning. If both thieves cooperate and don’t divulge any information they will each get a short sentence. If one defects he/she is offered a deal while the other thief will get a long sentence. If they both defect they both get a medium length sentence.

Suppose two birds of prey must share a limited resource. The birds can act like a hawk or a dove. Hawks always fight over the resource to the point of exterminating a fellow hawk and/or take a majority of the resource from a dove. Two doves can share the resource.

Consider two players who can choose to display a coin either Heads facing up or Tails facing up. If both players show the same face then player 1 wins, if not then player 2 wins.

So far we have only considered so called pure strategies. We will now allow players to play mixed strategies.

Definition of a mixed strategy

We can extend the utility function which maps from the set of pure strategies to \(\mathbb{R}\) using expected payoffs. For a two player game we have:

If we assume that player 2 always plays tails, what is the expected utility to player 1?

Similarly if player 1 always plays tails the expected utility to player 2 is:

A plot of this is shown. 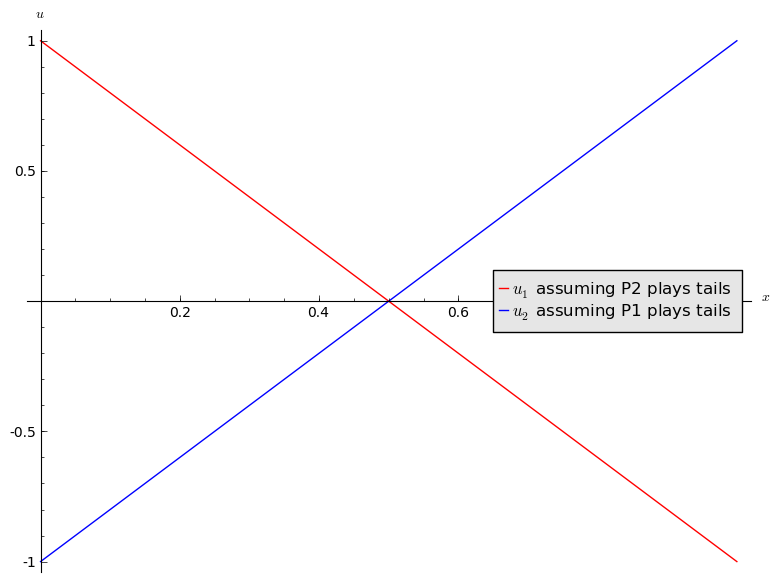 Add to this plot by assuming that the players independently both play heads.