In this Chapter we’ll look at the connection between Optimal and Nash flows.

Definition of a potential flow

Given a routing game \((G,r,c)\) we define the potential function of a flow as: 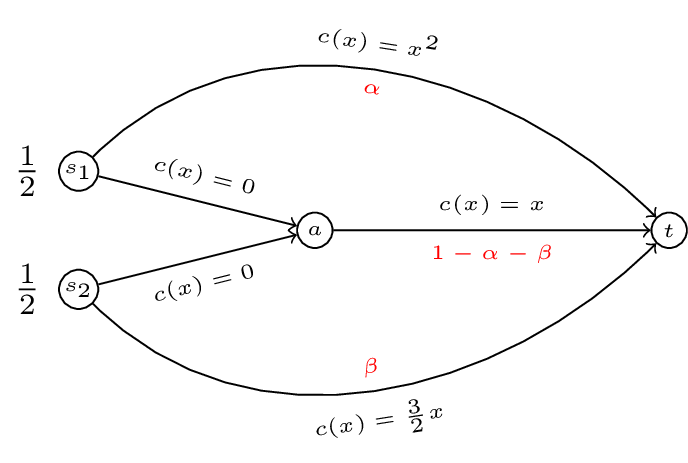 Thus for the routing game shown we have: 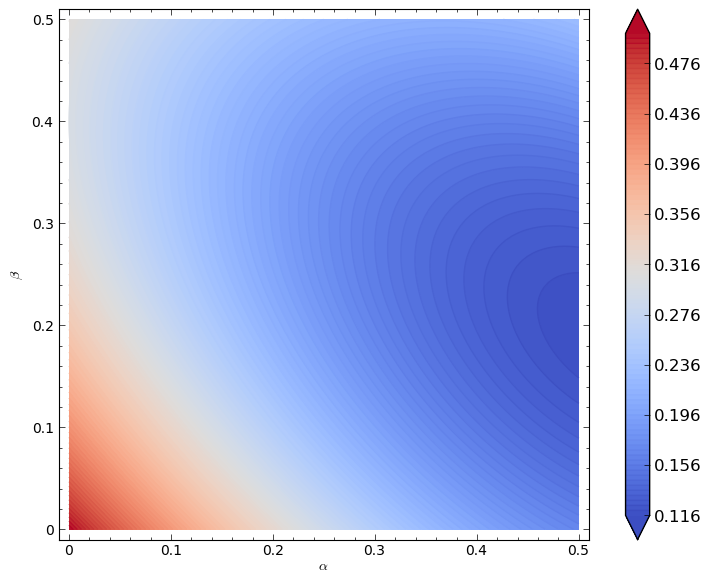 We can verify analytically (as before) that the minimum of this function is given by \((\alpha,\beta)=(1/2,1/5)\). This leads to the following powerful result.

Theorem connecting the Nash flow to the optimal flow

This is a very powerful result that allows us to obtain Nash flows using minimisation techniques.

It also points towards a connection between Nash flows and optimal flows.

For our running example we have the marginal cost functions given. 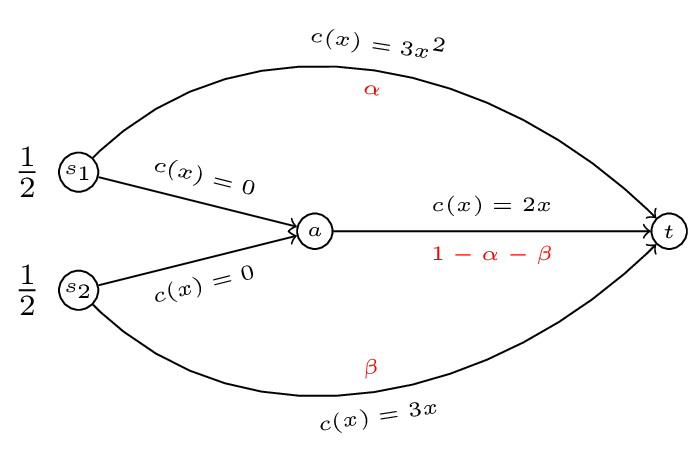 We now state our last theorem of the course:

Using this we can compute the optimal flow for our original game by computing the Nash flow for our modified game.

If we assume that both players use both paths then we have:

We will finish the course by looking at an interesting example that occurs in routing game theory.

If we modify the network by adding capacity to our network with another edge of zero cost.

We can compute the potential function and optimise but we can quickly verify that \(\tilde f=(\alpha,\beta)=(1,1)\) is a Nash flow by comparing with other potential paths. Thus we have \(C(\tilde f)=2\). By adding an edge to our network with a very “cheap” latency cost the situation has been made worse!