In this chapter we’ll start looking at instances where games are repeated.

In game theory the term repeated game is well defined.

Definition of a repeated game

A repeated game is played over discrete time periods. Each time period is index by \(0<t\leq T\) where \(T\) is the total number of periods.

In each period \(N\) players play a static game referred to as the stage game independently and simultaneously selecting actions.

Players make decisions in full knowledge of the history of the game played so far (ie the actions chosen by each player in each previous time period).

The payoff is defined as the sum of the utilities in each stage game for every time period.

As an example let us use the Prisoner’s dilemma as the stage game (so we are assuming that we have 2 players playing repeatedly):

All possible outcomes to the repeated game given \(T=2\) are shown. 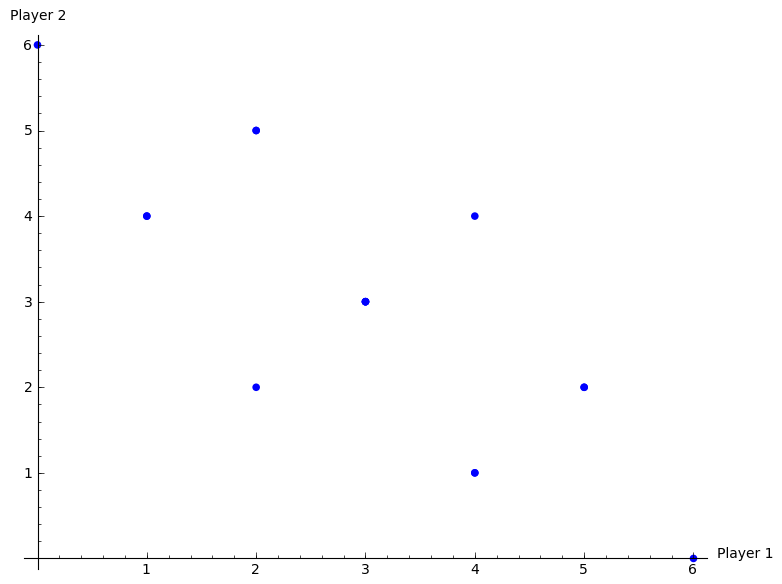 When we discuss strategies in repeated games we need to be careful.

Definition of a strategy in a repeated game

A repeated game strategy must specify the action of a player in a given stage game given the entire history of the repeated game.

For example in the repeated prisoner’s dilemma the following is a valid strategy:

“Start to cooperate and in every stage game simply repeat the action used by your opponent in the previous stage game.”

Thus if both players play this strategy both players will cooperate throughout getting (in the case of \(T=2\)) a utility of 4.

Theorem of a sequence of stage Nash profiles

For any repeated game, any sequence of stage Nash profiles gives the outcome of a subgame perfect Nash equilibrium.

Where by stage Nash profile we refer to a strategy profile that is a Nash Equilibrium in the stage game.

If we consider the strategy given by:

“Player \(i\) should play strategy \(\tilde s^{(k)}_i\) regardless of the play of any previous strategy profiles.”

Using backwards induction we see that this strategy is a Nash equilibrium. Furthermore it is a stage Nash profile so it is a Nash equilibria for the last stage game which is the last subgame. If we consider (in an inductive way) each subsequent subgame the result holds.

The plot shows the various possible outcomes of the repeated game for \(T=2\). 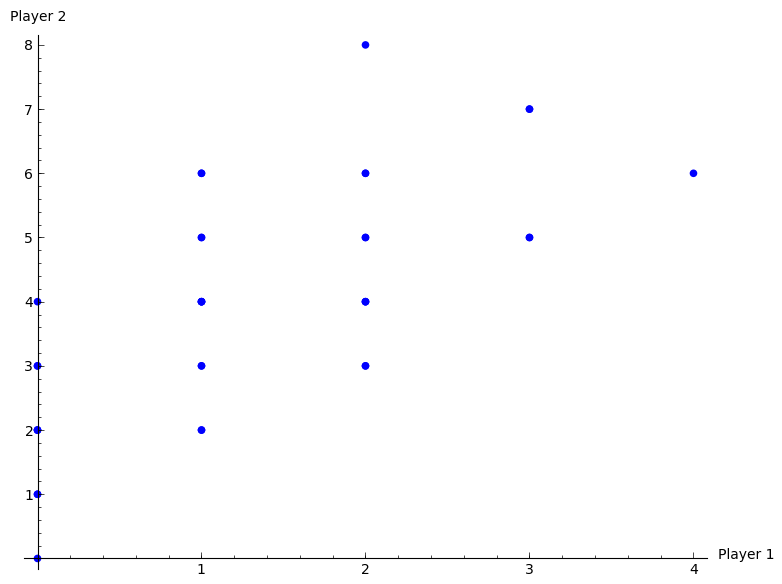 If we consider the two pure equilibria \((r_1,c_3)\) and \((r_2,c_2)\), we have 4 possible outcomes that correspond to the outcome of a subgame perfect Nash equilibria:

Importantly, not all subgame Nash equilibria outcomes are of the above form.

By definition all subgame Nash equilibria must play a stage Nash profile in the last stage game. However can a strategy be found that does not play a Nash profile in earlier games?

Considering the above game, let us look at this strategy:

No any other strategy played in any period would give a lower payoff.