In this Chapter we will take a look at another important aspect of extensive form games.

It should be relatively straightforward to see that we can represent any extensive form game in normal form. The strategies in the normal form game simply correspond to all possible combinations of strategies at each level corresponding to each player. Consider the following game:

the corresponding normal form game is given as:

Note! There is always a unique normal form representation of an extensive form game (ignoring ordering of strategies) however the opposite is not true. The following game:

Definition of a subgame

A game where all nodes initiate a subgame is shown. 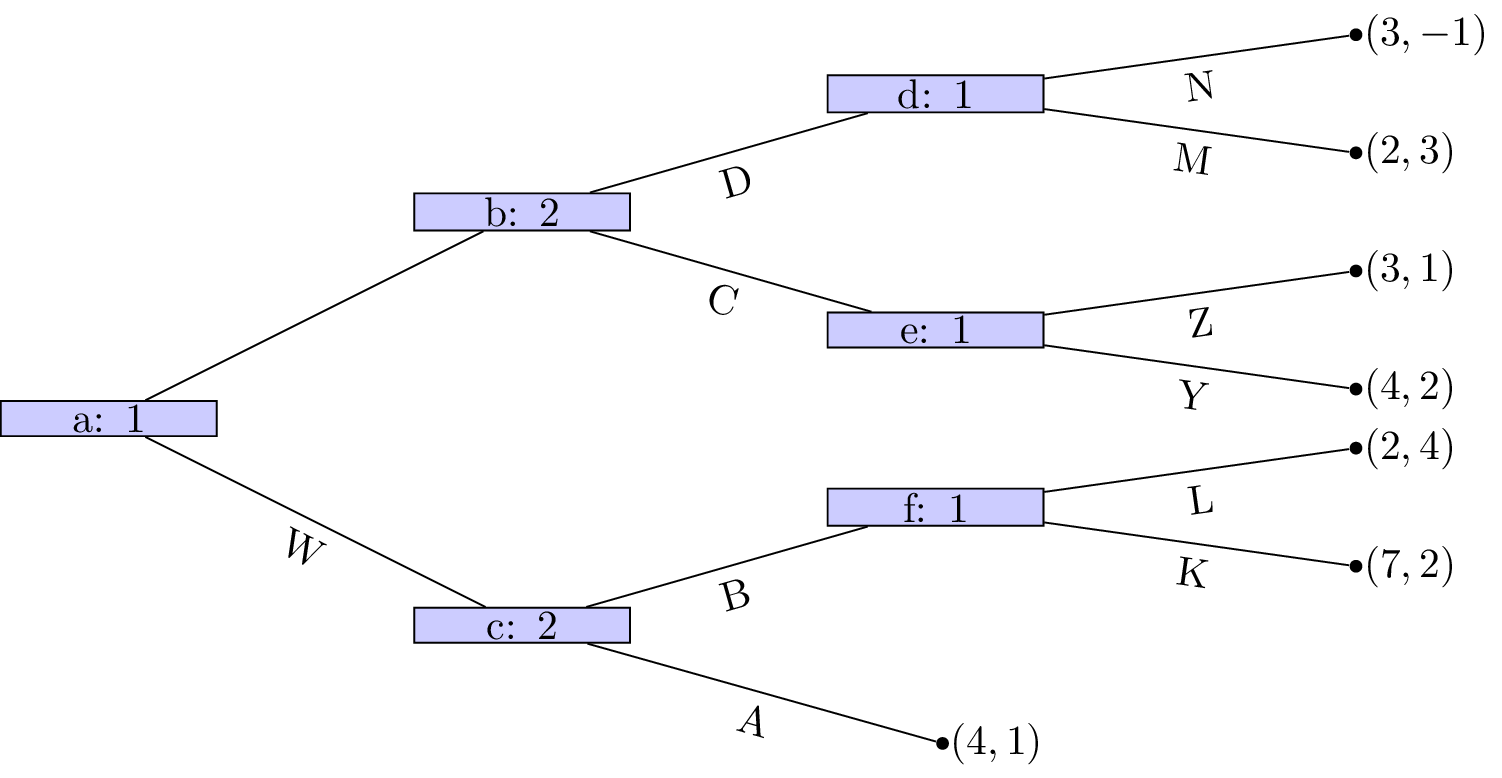 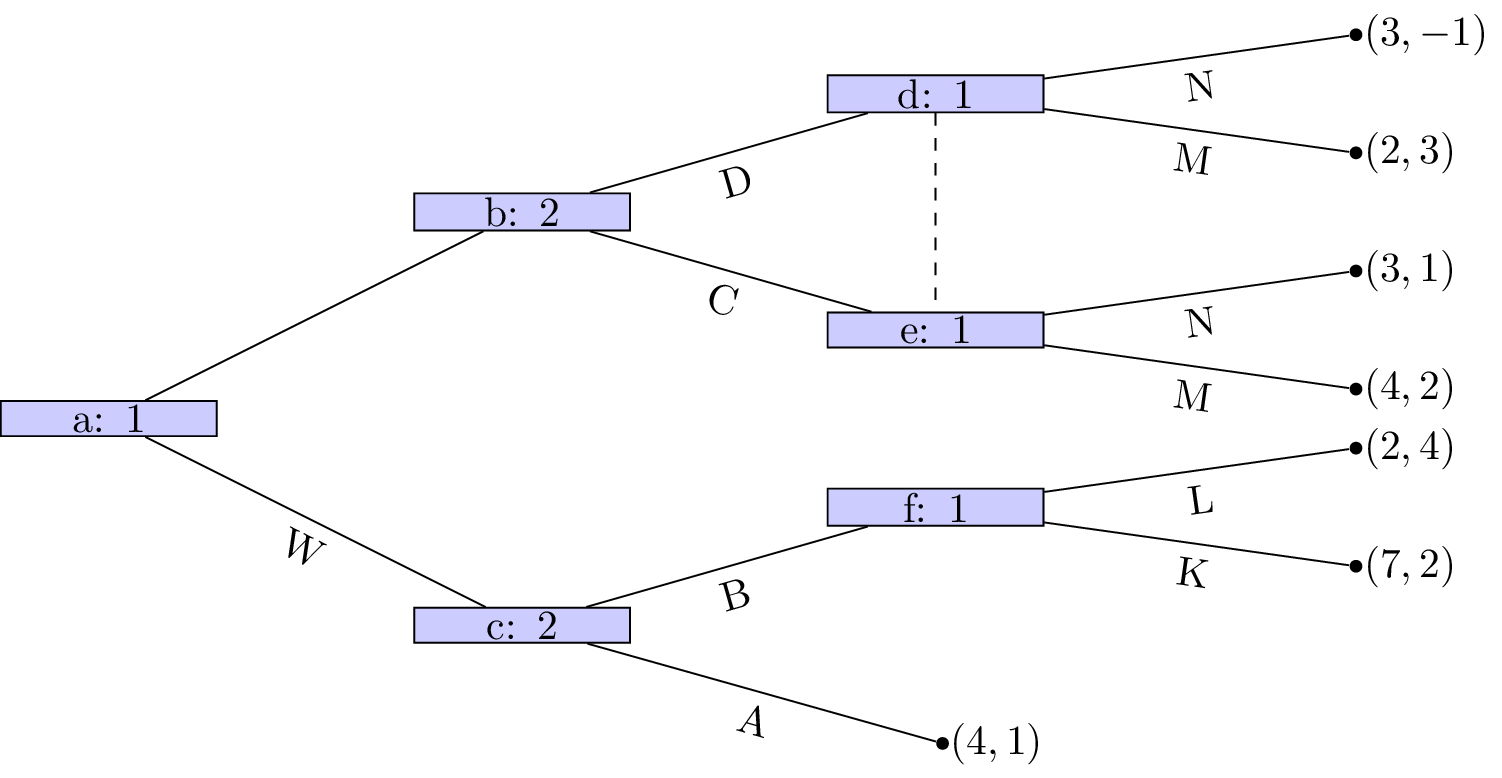 Similarly, in the game shown the only node that initiates a subgame is \(d\). 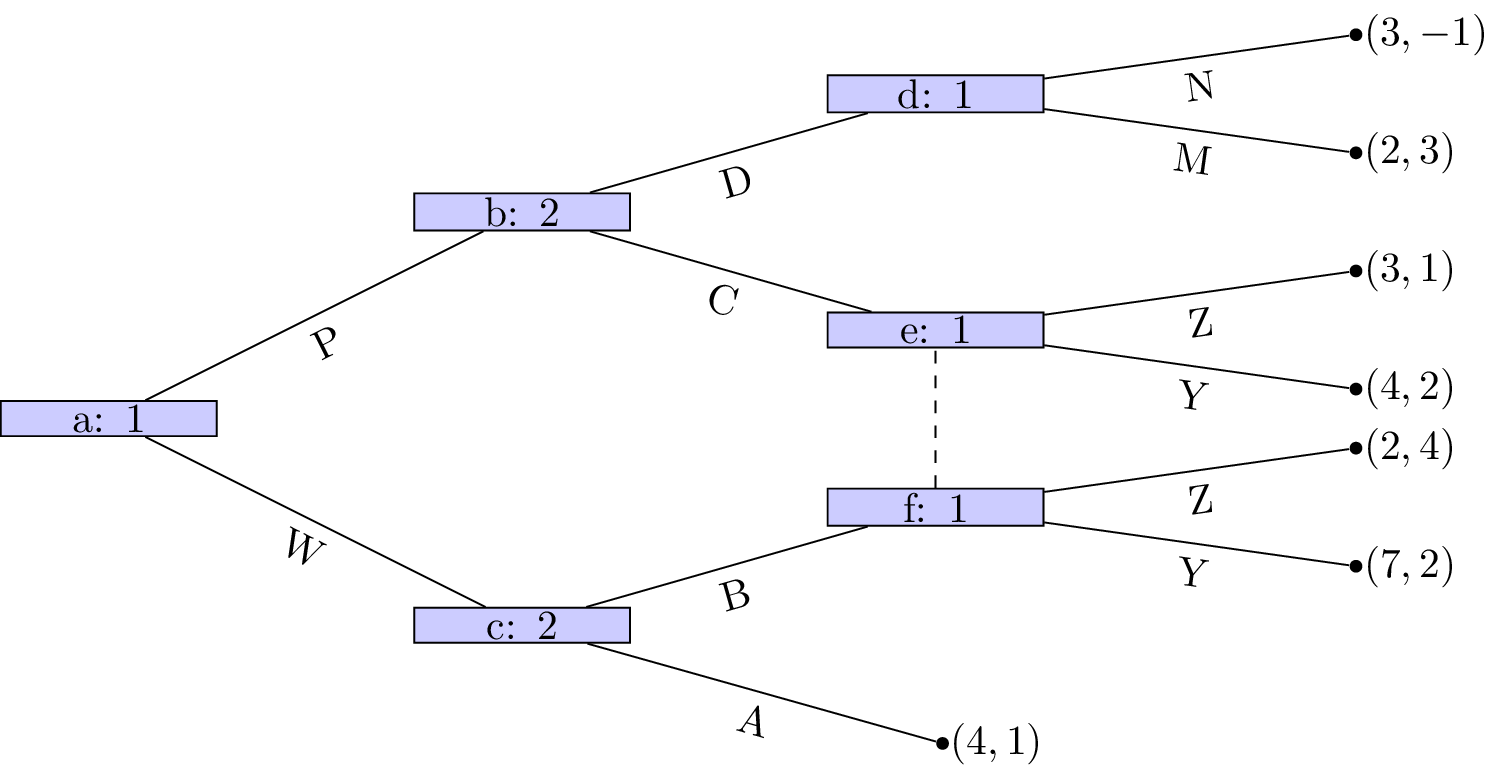 We have identified how to obtain Nash equilibria in extensive form games. We now give a refinement of this:

Note that this includes subgames that might not be reached during play!

Let us consider the example shown.

using the above ordering we have:

The Nash equilibria for the above game (easily found by inspecting best responses) are:

If we take a look at the normal form game representation of the subgame initiated at node b with strategy sets:

We see that the (unique) Nash equilibria for the above game is \((D,X)\). Thus the only subgame perfect equilibria of the entire game is \({AD,X}\).